As one of the few acute clinics in Germany, the Knappschaftskrankenhaus Bochum has its own independent department of speech diagnostics and linguistic therapy. Here patients are treated that have speech, speaking and vocal disorders as well as with dysfunctions in the mouth and face region. In addition to patient care, the department also offers consultation and support as a service for relatives.
The main focus of the work in the inpatient field is the exact diagnosis and targeted therapy of patients with speech and speaking disorders such as:
A special emphasis is on treatment of patients after tumor operations in the mouth, jaw or facial region who have to learn alternative methods for speaking and swallowing.
At the center of attention of the outpatient care is the treatment of the following abnormalities:
The department of speech diagnostics and linguistic therapy offers all standard treatment methods. Additionally, the qualified staff are specialized in the following methods:
Head of Department 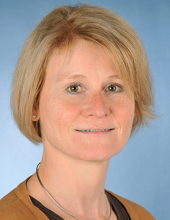